“I help you to run faster, lift stronger and think deeper ”

Marathon-Crossfit exists for one main reason and that is to provide you with the best independent information on fitness on the internet to reach your goals to run faster, lift stronger and think deeper to be a good role model and provide for your family. I walk the talk on a daily basis with two stepchildren at university in my early 30s and setting PRs on a regular basis while having a full time job.

At the heart of Marathon Crossfit is me Pascal Landshöft. I will build it to become something bigger than me as I know at some stage I will leave this world just like my parents did. I grew up nearby the Dutch border in the biggest town in Germany without a train station, Nordhorn. My parents worked both as pit bosses in the local casino in Bad Bentheim where they got to know each other, got married and had me in 1985. My father passed away because of drug overuse in 1992 aged 36 when I was seven and my mother died of cancer in 2007 aged 52 when I was 21. I have no siblings and therefore like to think I had to grow up a little quicker than others. Some people who know me a little longer might say I never really grew up as I like to burst out into song somewhere in the middle of the day or because of my very sweet tooth and strange ways.

My mother worked very hard and long hours to provide for my wellbeing as single moms do. Single moms are amazing wherever I meet them. Be nice to them as they are already guilt tripping themselves enough as it is and are so full of love for everyone who is genuinely nice to them. I did Judo from 1992 to 2005 finishing in a black belt, had guitar lessons for over ten years and went to study in Stuttgart from 2006 to 2009 on an IBM scholarship. In my personal relationships, I usually do not get along very well with peers and tend to identify with people who are older than me and/or have more responsibility. This is reflected in my choices of friends, partners and work places. I feel like I am a person that people come to for advice and help when it matters and who they trust and at the same time are not very close to. I can see how these are results of how I was brought up. I will always come through for you and will never lie to you. My mother always kept her promises too even though she was very careful to promise anything. So now you know that I am a spoiled only child of a single mother ;).

From 2006 to 2009 I had the privilege to work and study with IBM. A great program which was rewarded with my first job in Ireland Dublin as a Telesales representative for Hardware. From there I moved on to roles in Oracle and Hubspot. In my work life, I got the feedback that I am dedicated and very focused and get results while being brash and hot headed at times. That is the German within and the integrity which sometimes collides with achieving business goals. Work was always something I enjoyed and took serious until I felt betrayed by my employers. Whether the assessment was fair at the time has many facets and viewpoints but that was the main reason when I moved on as I am loyal to the point of stupidity.

In Ireland, I met my wife and my two (step) children. After drifting from 2007 onwards after the death of my mother my role as a Dad and husband gave me more purpose and drive to achieve the absolute maximum for them and for me. The day my son first called me dad made me very proud because it showed me that integrity, in the end, does pay off in life.

2013 was the year I ran my first Marathon. I was approaching 100kg at 185cm height and my fiancée duly informed me that I looked unattractive and she was about to end the relationship if I did not shape up. Stress at work led regularly to nose bleeds from nowhere so I got cranking after a final nudge from her by taking me to the shops to get the right running gear. Half a year later I finished the Dublin marathon in 3:58 and had lost 15 kg without changing my diet. Being sedate for eight years I was hooked again. I moved on to finish two more marathons, one in Vienna the other in Frankfurt. I chased the goal of the elusive 3:30 marathon to qualify for the Boston marathon but got constantly slower which was disheartening with all the work I put in day by day. In parallel I started lifting with the Stronglifts 5x5 program which kept me injury free from running but probably also made me lack focus to achieve the goals I had set out for myself. 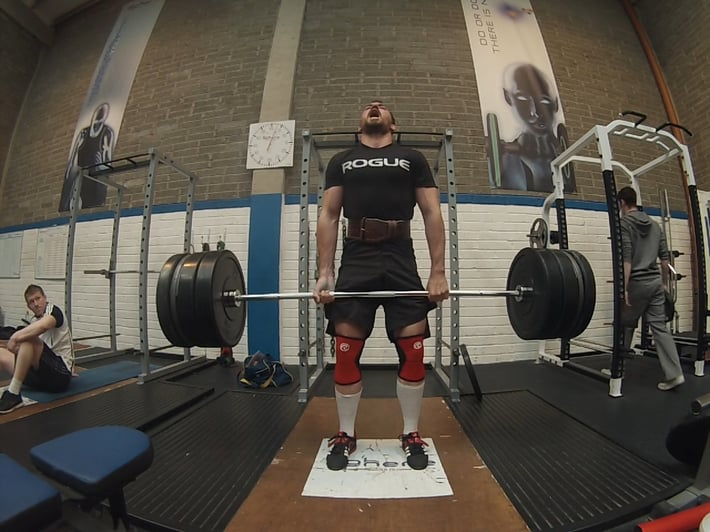 In 2015 after the third marathon I decided to drop running and fully focus on lifting. My current goals are a 200kg squat, 230kg deadlift and 180kg bench press at 80 to 85 kg bodyweight. I have done and analysed theSmolov squat routine, Jim Wendler 531, German Volume training and Texas method programs and I am still going. When I am exercising, I like to go hard and keep track of everything. Therefore, I think you will find some of the best material on the internet on these programs when it comes to personal reviews on this blog and Google agrees. As I am now north of 30 not all things come as easy to me as they used to in the past regarding fitness so I work twice as hard.

Having a job in sales, being ambitious and goal oriented and trying to please everybody at the same time leads to internal conflict over opposing goals. When you are only by yourself as a single you can compensate easily by just caring about yourself and pay the price in having to cope with loneliness and finding a meaning in life. Once you have a family you have meaning and purpose but also more balls to juggle with. Since 2017 I am thinking and acting more on food intake and meditation to get more balanced as I have found that almost all super successful people have a routine to calm their minds and keep their bodies clean.  It works for me and If you have not tried, start here.

To be a good role model you have to stay 100% drug free. Drugs kill people and reinforce negative feelings and dependency which will lead to a weaker character in total. Self worth will be defined by the supplements you take. I do see that performance enhancing supplements can become a necessity to reach the top spot in competitive sports. This might be acceptable in your twenties when you are pursueing the goal to be the best. For me, as a father, taking drugs to achieve any means is unacceptable as I have to walk the talk as a parent.

Help me to help others

Whatever I will create in future will be mainly to the benefit of others than to myself. You can help me to reach more people and have more positive impact by commenting on the blog posts, sharing the content, challenging my thinking or buy some of the services and products I refer and recommend on this website. I hope I will make you think that you can do whatever you want because if you believe the statistics my career should have failed due to an unstable home, my relationship should have collapsed due to too many stressors between single moms, stepchildren and stepfathers and my health should have further disintegrated having a desk job going around in circles until I die. If I can beat these odds so can you. Get going and let me know when you stumble or get stuck. Marathon-Crossfit will help you up!