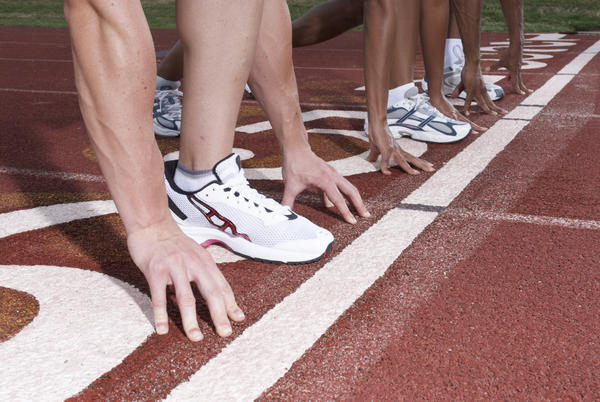 The Jim Wendler lifting program is in my personal opinion a very time effective way of building general strength on multiple levels for athletes with more than six months time to do so. For quick, agressive gains other lifting programs are more effective. Beginners / amateur athletes might consider a beginner lifting program before hopping into intermediate territory with 531.

Wendler is an intermediate lfting program using sets of 5,3 and1 in cycles which will take you a month to perform, if you train four times a week at a minimum of half an hour. It has been designed to help people who want to be strong, but not as limited in their body movements as powerlifters. It is Jim Wendler's brainchild, american and ex powerlifter, therefore the name of the program.

The word athlete is greek and goes back to the first olympic games. Athlon means prize and athlein is translated as to compete for a prize. From there it made its way to latin and into the english language.

Today athlete means a person who is proficient in sports and other forms of physical exercise. Synonyms are sportswoman/man. In british english it is more connotated to someone who is active in track and field events.

So as you see definitions are important, but for the sake of this article let us stick with an athlete being a person who is proficient in sports and other forms pf physical exercise.

As of time of writing I have run Jim Wendler 531 for eight months and Stronglifts 5x5 for ten months before that. I started with an empty bar and developed my squat within 18 months to 150kg. During that period I suffered from busirtis and lower back pain at some times and ran three marathons around the four hour mark while working full time.

What is your goal ?

Whether Wendler 531 is suitable or not for you hugely depends on your goals, which i repeatedly say on this blog. As our definition of athletes is very broad, I would generally say that the lifting program is more suitable to sports which emphasize strength like martial arts and less for sports that have more emphasis on technique and skill as for example archery (well extreme example, but you get the picture).

So sit down and rethink what your goals are before making a decision to dip into strength training with Wendler 531, because as a professional athlete, your time should be limited to the next olympic games and / or fight and you want to make the best use of it. Make a choice which is aware of the consequences and implications to your entire training schedule and weigh it up against relevance to your specific sport before moving on.

Pro and Cons of Wendler for athletes

Your goals directly tie into the pro and cons of Wendler for yourself. If you want to build strength fast and can afford higher risk of a minor injury, this might not be the best and most agressive program to achieve your goal. The progressions are slow and constant on this program which can be good and bad depending on your timelines and focus.

Where I think this program really can make a big impact is for martial arts, rugby and football. If you cut out any extra accessory work you realistically can be done with the program in half an hour a day for four days a week. You will built strength in many variations to build a more powerful physique without focusing too much on the static strength development of one repetition for powerlifting. If you have a team that has the agility and speed, but gets constantly beaten up and injured when they take a hit, this is the program for you to run off season or maybe even during season depending on schedule and available time. Add 15 extra minutes for box jumps and medicine ball throws and your athletes will sweep the floor with other teams in 3 - 6 months time, which crushed them the year before. Another added bonus is that this program doesn't let your valuable athletes train too near their one repetition maximum, therefore minimising injury risk in the weight room.

I personally think that 531 is a very strong candidate as a strength program for athletes who are in need of some extra power without giving up too  much time in the day for their core activities which are key to success in their specific sports. As athlete already assumes some proficiency in a sport they would not be complete beginners as Wendler does require a certain level of fitness and knowledge about your own limits to be performed correctly and healthy.