It is crazy enough to run a marathon. Some people would even say it is crazy to run at all. There are a distinct few who will say "city marathons bore me, it goes all in a flat circle for 3 to 4 hours, nothing to see, nothing special to do". If you are of the first group, here is your shock and awe therapy that there events which are even more hideous than a marathon. To the second group I say: Add these to your bucket list.

The mount Kinabalou race was established in 1987 in malaysia and is the race to the top of the highest mountain in Malaysia at 4095.2m. The elite race is a 33km course to the top of the mountain and back, current course record at 2:11. If you want to know more visit their website.

If you come from a moderate climate like me (Germany, Ireland) why not go in to the scorching heat to run one of the most known Ultra marathons in the world, the comrades in South Africa. The race has a 12 hour cut off and is held in May. Current records are at 5:20 for the down and 5:24 for the up route for men run in 2007 and 2008 by Leonid Shvetsov. If you wanted to enter the race you can do so here. Seems to be pretty challenging. 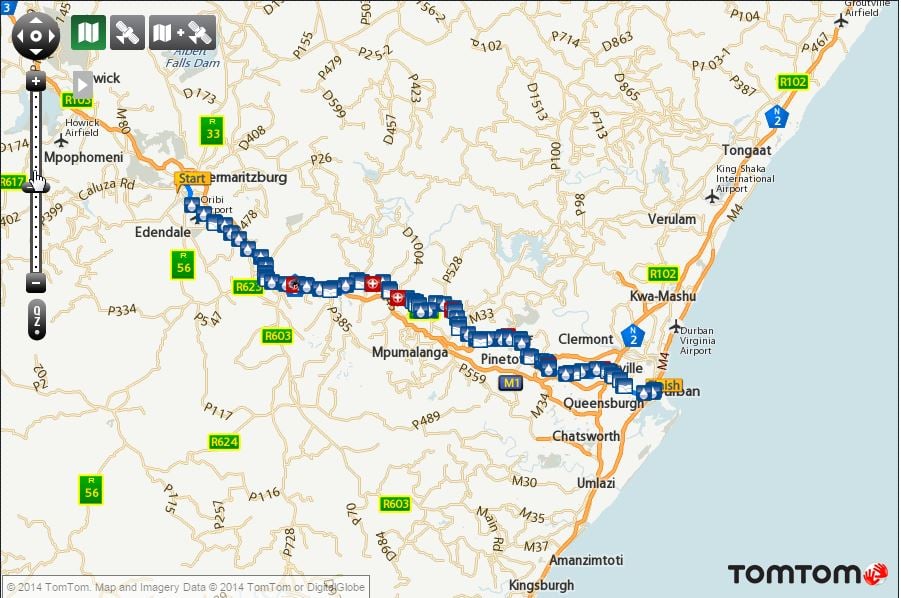 Current xourse record stands at 3:33 for the full marathon distance up the mountain and down again. You can opt for a half or full version of the race in the states which usually takes place in August. To qualify for the race you have to have done a half marathon in sub 2:25:00 or  marathon in sub 5:45. If you enter without proving these qualifying times you lose your registration fee and be removed from the list. I personally think, that it is not too hard to deliver on those times. If you want to learn more about the race, check out their website here. 2015 will be the 60th anniversary of the pikes peak marathon.

The Everest marathon will enable you to combine an adventure holiday with the final big event running the marathon distance in the highest mountain range of the world. Advertrised as the world highest marathon you will be part of a two week program including hikes and visits to different sites to get used to the thin air to the run the marathon by the end of your trip. Everything can be booked from their website as a pre-package.

The MDS is a 250km race across the Sahara where runners have to bring all of their own supplies. If you want to become the next Lawrence of Arabia who can not afford a horse or camel, this is the one for you. It is advertised as the "toughest foot race on earth" (in your face tough mudder). in this race you will also most likely get kissed twice by a Frenchman (Start / Finish). So if you are in to blisters, heat and french kisses this one is for you. I personally have to admit that I have the idea to plan my own provisions for a 250km race in the sand scares the sh*t out of me. I like their no nonsense approach to the advise they give on their website. Something corporations should celebrate on their websites more often.

The Dolomites vertical in Italy is one of the steepest races in the world with a total distance of 22km. The current record for the ascend stands at 32:50 minutes. The track is deemed to be one of the most beautiful verticals in the world. I personally already curse when I just have to run up a bridge when I am training, never mind a whole mountain range like the dolomites. If you wanted to give this one a try, here you will find more information. 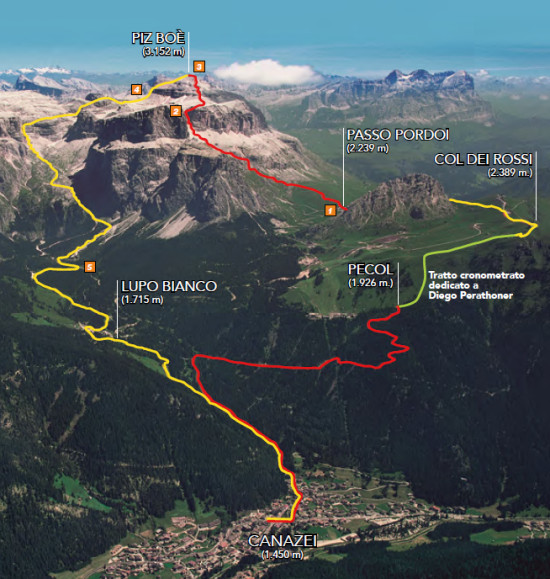