What does the squat rack bar weigh? [Article] 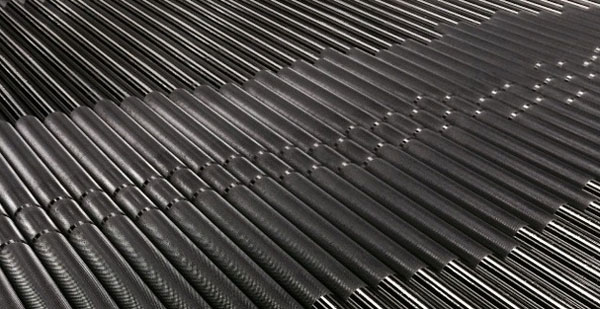 What does the squat rack bar weigh?

The Squat rack bar you will find in your local gym will usually weigh about 20kg. The only way to be really sure is to put it on the scale yourself.

What is a barbell

The definitions are far-reaching and what is often referred to an Olympic barbell is actually not the standard barbell which is being used at the Olympic games. If you want to know for sure how much the bar at your local gym weighs, put it on a scale and check. Same actually goes for the plates in your local gym. More often than not gym owners want to save some money when they have to buy plates and barbells in multiples. The cheaper the material you buy, the more likely it is to not uphold the international standards.

A men's Olympic barbell is 2.2m/7.2ft long and weighs 20kg/44lbs. The outer ends are 50 millimeters / 2.0 in diameter, while the grip section is 28 millimeters / 1.1 in diameter and 1.31 meters / 4.3 ft in length. The bars have grip marks spaced 910 millimeters / 36 in apart to allow intuitive grip width measurement. This is the standard for competitive weightlifting. Well-known manufacturers of these barbells are TITAN, Rogue Fitness, Eleiko and York.

A women's Olympic bar is similar to the men's bar but is shorter 2.01 meters/6.6 ft and lighter at 15 kilograms /33 lb with a smaller grip section diameter 25 millimeters/ 0.98 in. Also in contrast to the men's bar, the women's bar does not sport a center knurl. Powerlifting utilizes the same bar for both male and female competitors. Well-known manufacturers of these barbells are TITAN, Rogue Fitness, Eleiko and York.

Safety bars are special bars which are popular with powerlifters and strongman to train the lower back more during the squat. They are often used in combination with Boxes to do box squats and chains or bands. A safety bar usually weighs in a little more than a normal bar for 30kg / 70LB.

Technique bars are used by weightlifters to hone their technique with a lighter weight to fully focus on being explosive or where their bar path is out of the groove. They are also useful tools for beginners to progress to a full bar. Technique bars usually weigh somewhere from 5kg to 15kg / 10LB to 30LB.

What does the squat rack bar weigh?

Most barbells you will find in your local gym will be very close to the male Olympic standard of 20kg. There might be exceptions, so the only way to be really sure is to either check the sleeves for the particular brand and look it up or weight the barbell yourself.