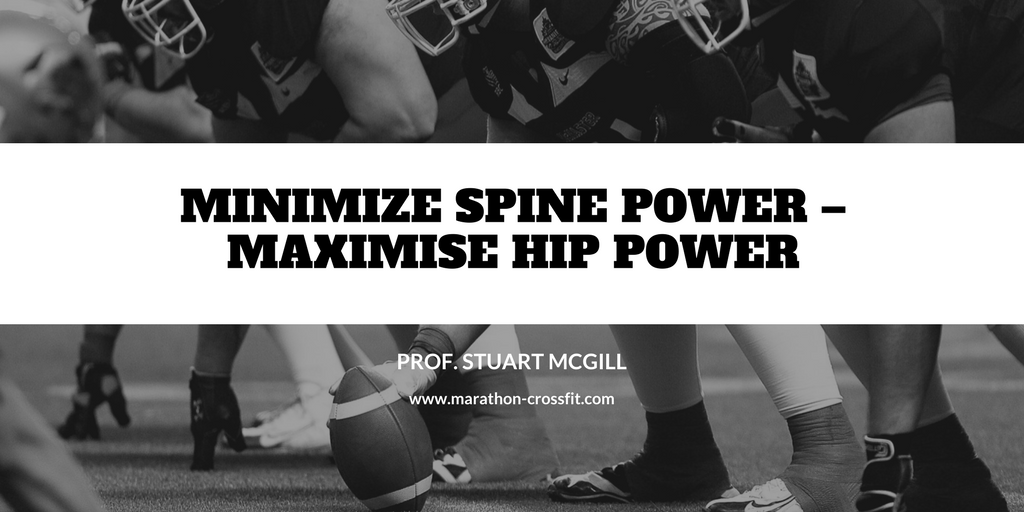 Which deadlift is best

The question itself lacks context. This article will set the context and introduce you to the different versions of the deadlift. You will then learn about the differences between the sumo, conventional and trap bar deadlift in more detail. The sumo and conventional deadlift are on equal terms for maximum strength with minor individual differences. The trap bar deadlift is best for high repetition work for muscle gains with a lower risk of injury.

Why should you care which deadlift to use?

Using the right type of deadlift for the right purpose can maximize your strength and minimize your injury risk. Most lifters and athletes pick one variation without thinking about it and leave gains on the table. Have an open mind and become a student of strength to optimize your training. If you want to lift safe and targeted you have to know about the different options and in which scenarios you use them.

The question "which deadlift is best" lacks context. Questions for the "best" and "worst" often bear this challenge. Even if Usain Bolt is the greatest of all time now he might not be a 100 years from now. It always depends what you measure performance against. In my experience people follow one of these three goals in fitness:

Depending on your ultimate goal some deadlift variations are more relevant to you than others. If you are all about looks you might only do trap bar deadlifts for your quads. Your back will be also developed with Yates rows. If your main goal in fitness is recreation you might not deadlift at all. For athletes who do not care about bragging rights for the deadlift, the trap bar deadlift might be the better risk-reward lift.

Variations of the deadlift

There are quite a few variations of the deadlift out there. Depending on training style and goals you can pick the right one for you. Here is a small, but not a definitive list of deadlifts:

The stiff-legged deadlift is also known as the Romanian deadlift. In this version of the movement, you keep your legs straight to put more emphasis on the hamstrings. Powerlifters with weak hamstrings like to use this variation. Same goes for bodybuilders who want to make their hamstrings grow. As you make less use of your hips the stiff-legged deadlift is done with a lot less weight than the conventional and sumo deadlift. I personally like to focus on tension and a very slow execution when I do them. The starting position is a conventional deadlift.


The Sumo deadlift is one of the variations of the deadlift which makes you pull the most. The debate in lifting is often between the conventional and the sumo stance. Sumo style is done by keeping your feet wide apart and gripping the bar inside of your legs. This shortens the total range of motion for the deadlift. The shorter range of motion is traded for less leverage off the ground. The result is that sumo deadlifts are usually easier off the ground but harder at lockout to complete. I am personally not a huge fan of the sumo deadlift as I feel weaker with it than with conventional. However, I could definitely use a cycle to address my weak points.

The dumbbell deadlift is a variation of the deadlift which is similar to the stiff-legged deadlift. The only difference is that it is performed with dumbbells. This can be a variation if you do not have access to a barbell or find 20kg to challenging to start with. This option is not very common and seldom programmed.

The kettlebell deadlift is recommended in Pavel Tsatsoulin's and Andy Bolton's book Deadlift Dynamite as a starting point. From there they let you progress to a sumo deadlift. In their opinion, this is the easiest progression to pulling a lot of weight. Kettlebell deadlifts are performed by putting the kettlebell between your legs. Lower your arms to grip the handle. Keep your back straight and pull up. Done. If you like kettlebell training I recommend doing some sets of kettlebell deadlifts in your circuit. Especially if you do not work with the barbell.

Snatch grip deadlifts are conventional deadlifts with a wide grip. This makes the deadlift harder and is therefore performed with less weight. A snatch grip deadlift is a good option for weightlifters and powerlifters with a weak grip. Weightlifters simulate the starting position of the snatch in competition. Powerlifters can mix up their training routine. You will find the snatch grip often is an accessory movement in a bigger powerlifting program.


Hack deadlifts /squats have the bar behind you. The idea is to put more emphasis on your quads to modify the conventional deadlift. In my honest opinion, I think this movement is crap. It is less safe than a trap bar deadlift, awkward to set up and makes you look silly. If you can make it work as your secret sauce be my guest. Also, do not find a lot of articles discussing it which is not a good sign for its usefulness.

Deficit deadlifts are deadlifts for which you place yourself in an elevated position. This is done by standing on a mat or plate when performing the movement. This works well for conventional, sumo and trap bar deadlifts. The idea is to increase the range of motion you have to pull through. This helps to develop more strength of the floor. This is a technique for more advanced lifters. Especially liked amongst powerlifters. I use deficit deadlifts on my deadlift accessory days.

Rack pulls or the opposite idea to deficit deadlifts. In this version, you shorten the range of motion to be able to move supramaximal loads. This means that you train with more than your one repetition maximum to create a plateau breaking stimulus. This idea is only for the most advanced lifters and should be used with caution.

Trap bar deadlifts use a special bar to perform deadlifts. Also known as hex bar deadlifts the setup is around you rather than in front of you. The trap bar is a steel frame that you can stand in and grab the handles to pull the weight up. Most people are able to pull more weight with a trap bar than with a barbell. It is also considered a good option for beginners and high repetition deadlift work. The movement is easier and therefore less injury prone.


The main discussion on deadlifts is between the trap bar, sumo, and conventional deadlift. So I will focus on these three lifts for the rest of the article.

Which deadlift is best depends on the anatomy of each individual lifter. In the end, a lot of personal preference goes into it. This is only to help you to get a better overview. Avoid overcomplicating it. Usually, the lift where you intuitively fell strongest is the best option.

The picture illustrates three different hip versions. While we are generally built the same individual differences can be big. If you have siblings you already know this.

We will not go into an extensive anatomy class. Based on this it is important to know that Person 2 will very likely do best with a conventional deadlift. Person 3 will have it a lot easier to do the splits and pull sumo.


The factors discussed in deadlifts are often height and limb length. The hip structure is often overlooked. You will very likely get this by just feeling it out. The less suited your hip is for a sumo stance, the more comfortable and stronger you will be with pulling conventional.

The first point is that in the strength community there are voices that sumo deadlifting is cheating. While this is locker room talk fact is, pretty much all powerlifting associations allow for the sumo deadlift. Ed Coan, Dan Green and Chris Duffin mainly pull sumo. They are regarded among the best of the sport. So in my opinion, if someone who pulls less than you conventional and points out that Sumo deadlifting is cheating it is just being petty and envious. Whichever form of deadlift lets you pull the most is valid unless you are a weightlifter.

Escamilla found that the range of motion for the Sumo deadlift is about 20%-25% compared to the conventional stand. Moving a weight through a shorter range of motion makes the lift easier. What this does not account for is that most lifters report that the sumo stance makes it harder to get the weight off the floor in the first place.

Most of the strongest pulls ever done were conventional. Eddie Hall pulls above 500kg conventional. Benedikt Magnussen's strapless 1015 pound pull was done conventional. Andy Bolton was the first person to over deadlift more than 1000 pounds. This was also done in the conventional style. If you look at 900+ pulls the majority of them use a conventional stance.

Which one is for you?

To decide which deadlift is best for you it depends on your goals, physique, and personal preferences. Especially for maximum strength, you can also know by testing. Here are some general guidelines I picked up from various articles and by my own trial and error.

The conventional deadlift is the option that gives you the most bragging rights. It is a good helper to train your hamstrings and glutes. While giving you good leverage off the floor it challenges you at lockout. It is most likely to hurt your back. Therefore I do not recommend it for high repetition work. Keep it between 2 - 8 repetitions with hits one.

The Sumo deadlift is the in-between solution. It is not deemed as manly as conventional and still yields good results. When you use the sumo deadlift you will have a harder time getting the weight to move. Once it is moving the lift is finished quicker. I personally find the sumo deadlift to be more demanding on mobility than conventional. You also have to master getting tight and drilling your feet into the floor to make this one work. The reward is that you are a lot less likely to round your back under heavy load when you master the Sumo stance.

The trap bar deadlift is often overlooked. It is the least manly but also safest of the three main variations of the deadlift. I personally love it to work hypertrophy on the quads and getting used to higher loads. For me, it is very helpful psychologically to know that I can already pull a weight for repetitions with the trap bar before I try it with a barbell. I work with the trap bar on my second deadlift day in the week. Five sets by ten repetitions at 70%.

In either case, it will be beneficial to develop a good strength level in all of these lifts. They have a good carryover between themselves. After a training cycle of the sumo and conventional you will know which one you feel strongest with. When you switch, be conservative. As with all changes of routine, ease into it to avoid injury.

There are many variations of the deadlift and all have their use. Determine what your main goal is and know your options. Pick the options which best suit you to reach your goals. Locker room talk is informed and ignorant. Keep an open mind and try things out for yourself. This will make you a better athlete. If you do not care about bragging rights, personal records and only want to get bigger, you might even only do trap bar deadlifts.