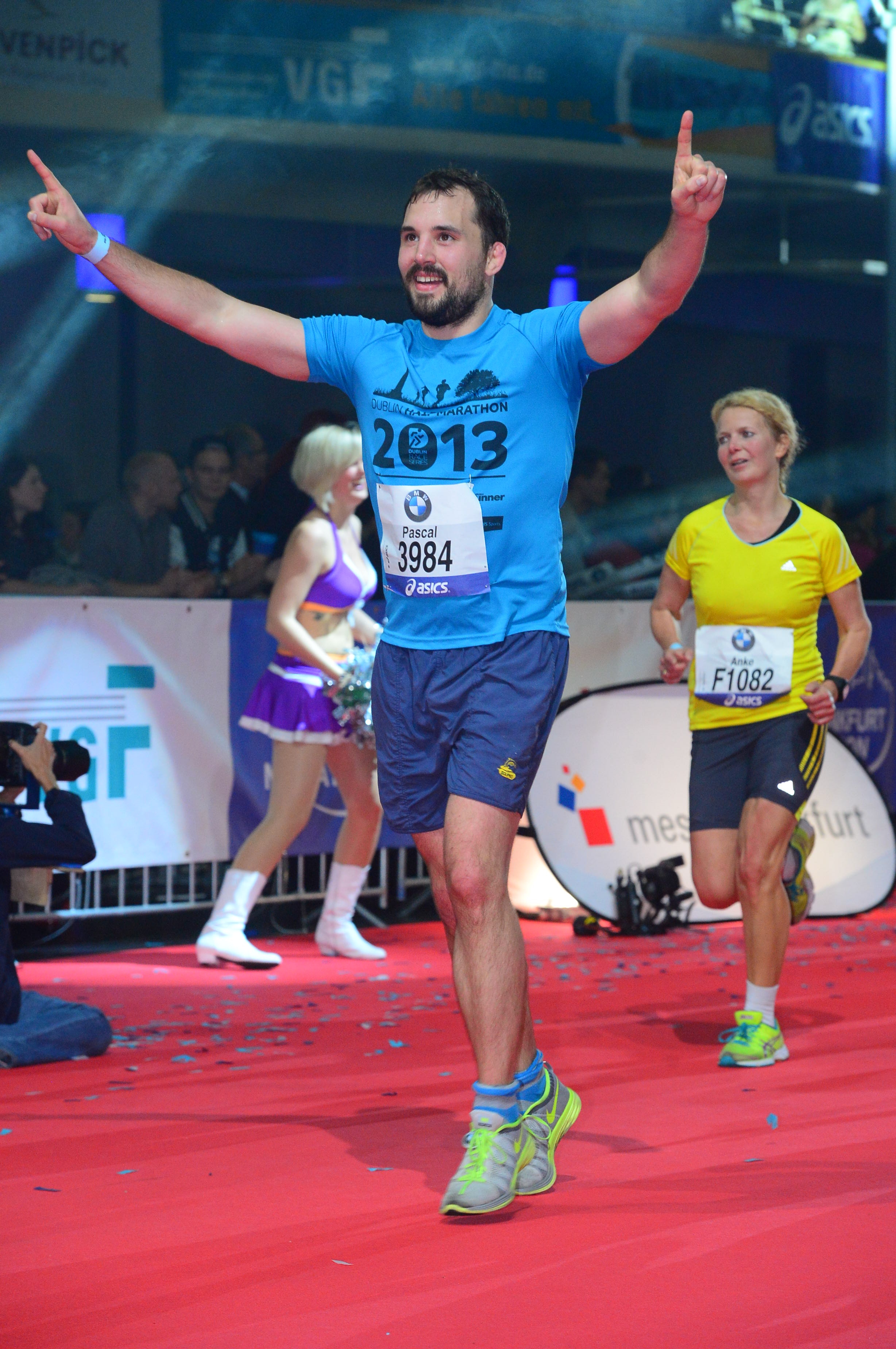 rankfurt Marathon was advertised as "This is your day". From a running perspective for me it was not. I finished in 4:06 not beating my personal best. But the good thing was that i was reminded of believing in friendship and the people around me.

Looking back on the day and the last two month's leading up to it I think thse things went wrong:

All these three things combined, with a bit of a flu, all contributed to this weak performance. I can still say, that i ran two marathons in two different countries. That in itself is an achievement.

The data tells the story (as usual)

I started out in a mad frenzy to reach my goal of under three hours for the run. On kilometer 19 i entered a world of pain and the rest of the distance became a world of pain from there on. If I had stuck to 5:00 minute per km pace, which is an easy pace for me, I would've still upped my best by 28 minutes without the risk of being completely over strained. That is what i mean by overly ambitious. 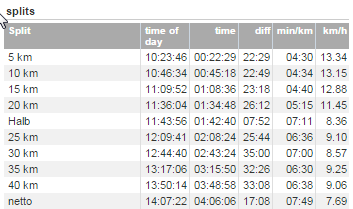 Two good things happened. The first one was, that i recovered a lot quicker after this marathon than after my last. Last year i couldn't walk properly for two weeks. This year a day after I am already walking the dog again. The second thing is, that i still have a reason to run another marathon next year to get to 3.30 hours on my way to the under three time.

Let's skip to the good bit

On kilometer 36 something really unexpected happened. Without any arrangements one of my two best friends popped up out of nowhere and ran beside me. A great moment and I am thankful that he did it, as I am not very good on doing my "friendship maintenance calls". I learned that my friend moved in together with his girlfriend, which i was delighted to hear. Also other people which are dear and near to me showed that they cared by leaving comments and sheering me up after my defeat. His girlfriend, him and me had Guinness and burgers in an Irish pub in Frankfurt afterwards and that made my day. Because that's what it is really about!