How Sports Injuries Can Affect Your Psychology [Article] 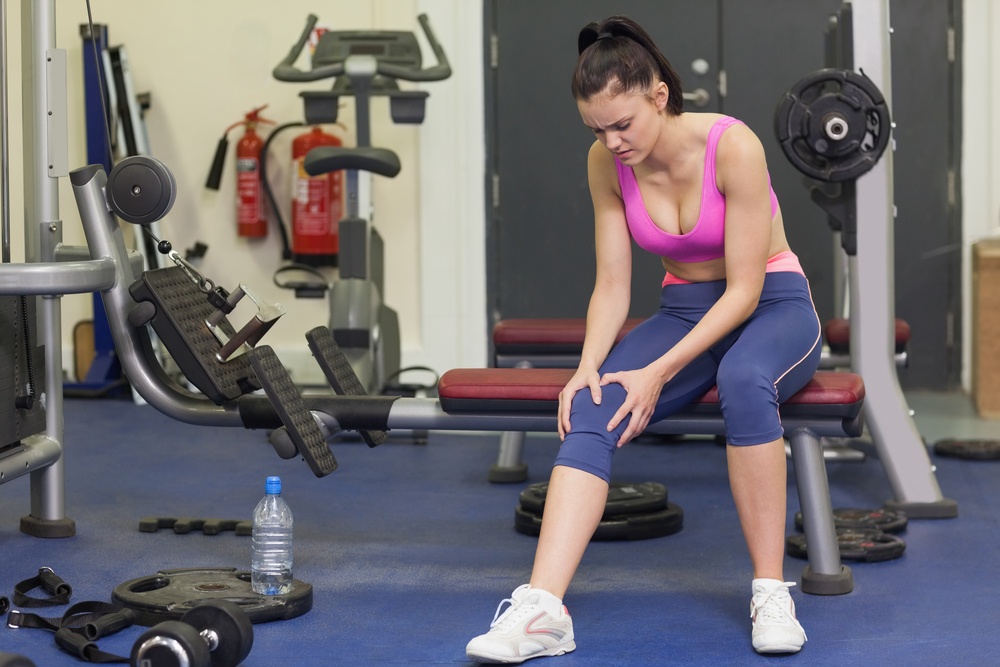 How Sports Injuries Can Affect Your Psychology

Most people only consider the physical pain and immobility when an injury occurs. A broken arm or leg hurts. A torn ligament usually results in swollen joints and difficulty moving around.

However, injuries and mental health are also connected. A long-term setback to a person who is regularly active — whether that’s playing sports or training for a marathon — can disrupt plans and destroy goals. Injuries can alter daily routines and result in an increase in stress.

There are many ways injuries affect a person’s psychology, but there are just as many solutions to prevent a downward spiral in an injured athlete’s mental health.

A Break From Routine

People who regularly exercise often make their fitness routine part of their daily life. Some of them wake up early to jog or go to the gym before work. Others might work out right after their work day ends.

So what happens when an injury occurs and exercising the same way as before is not possible?

Some people have a difficult time handling change, even small changes such as alterations to their daily schedule. As author Tanya Peterson wrote for the website HealthyPlace.com, “Facing change and the unknown can cause the fear, worry, dread and uneasiness we call anxiety, and it can even be extreme enough to lead to anxiety attacks.”

In some situations, a break from the normal routine can be a positive for people. However, injuries can remove enjoyable activities from someone’s schedule. The time that once was spent preserving good physical health is now free, and that can be filled with numerous troublesome activities, including the use of drugs or alcohol, or eating unhealthy foods. Without an increased focus on alternative healthy measures, people might lose the physical appearance and health that they want, which could lead to low self-esteem and depression.

New exercise routines — ones that don’t require use of the injured body part — and an improved diet can maintain a person’s health despite the routine disruption. Staying proactive with one’s physical health is important in the immediate aftermath of a serious injury.

One of the worst things someone who suffered an injury can do is spend more time sitting or laying around watching TV or using the computer. Exercise, even a light form of it such as walking, can cause the release of endorphins and help people feel happier. According to CBS News, being a “couch potato” is one of the habits that can cause depression.

For people who enjoy being active, and exercised regularly before suffering an injury, such a significant change to being mostly still can have an even worse effect.

Author Scott Muska detailed on NBCnews.com his own experiences of how injuries had a negative effect on his mental health. He described that just the thought of being strapped to a couch for weeks or months was intimidating.

“When I first got hurt I just assumed that my life was going to essentially be me, myself and Netflix until I was again fully functional,” Muska wrote.

There are many solutions, such as finding a new hobby or engaging in different exercises, but the one Muska focused on was becoming more social.

“I exchanged texts and phone calls with family and friends throughout my injuries, and found that they were always there for me even if they weren’t physically there,” Muska wrote.0” Many who live near me were quick to offer to come over and watch a movie and eat takeout or play some video games.”

Injuries prevent people from being as physically active as they once were, but there are other ways to exert energy and keep up a healthy and active lifestyle.

The Risk of Using Pain-Relief Medication

There is a cause-and-effect relationship between physical injuries and addiction. Someone gets hurt and is prescribed pain-relief medication, either right away or in the days following their surgery. Use of opioid prescriptions such as Codeine or Oxycodone results in thousands of overdose deaths each year. Even more become dependent on these drugs after consistently using them to relieve physical pain. Then some, such as Brandon Renner of Virginia who was profiled by the Associated Press, move to similar but cheaper drugs, such as heroin, for pain relief. An addiction formed, and it all traced back to his injury.

Depression is connected to addiction and millions of people suffer from both illnesses, which is known as a dual diagnosis. Some people feel guilty about their drug use, and these feelings can lead to a low self-esteem. For others, depressive thoughts can be a side effect of either taking a medication or withdrawing from taking it.

For some people, pain-relief medications are not necessary while healing from an injury. For others, they are recommended to manage pain. In situations where pain-relief drugs are prescribed, take them as recommended by a doctor and report any signs of withdrawal in order to prevent a serious dependence from forming.