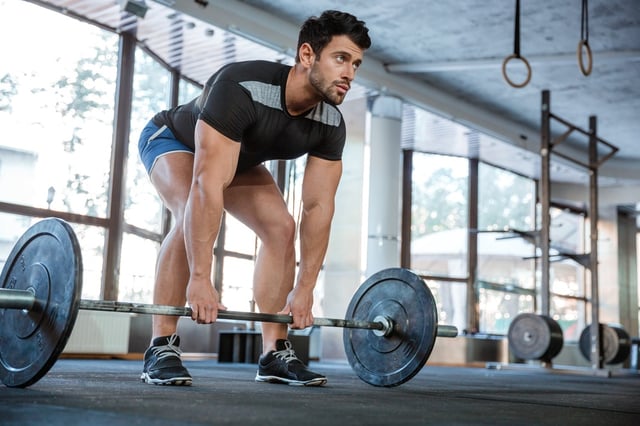 Based on my own experience I summarised what I did wrong on the Jim Wendler 531 program from my perspective. I test several programs regularly here on my blog and share my experiences. Please leave a comment if you did something when on Jim Wendler you would not do again or if you have any questions.

Not enough lower back exercises

This one has been haunting me for a year now. The biggest limiting factor to my deadlift and back squat progression is my weak lower back. Most beginner programs and the standard Jim Wendler templates do not account for a lot of volume to train your lower back. Commercial gyms usually don’t even bother to have a glute-ham raise and a back-extension bench. To undo the imbalances it will take time and a lot of repetitions which I could have incorporated in my eight months of Jim Wendler, but did not.

Left out the accessory

I did the Wendler program mainly focusing on the big compound movements. Even though I was done with the core program in about thirty minutes I decided to take the next 30 minutes up with more of the same. It would have been better advised to go to smaller exercises that isolate muscles for more repetitions. More often than not I left out accessory entirely.

Did speed it up too much

I combined Jim Wendler with the west side method using their speed days with chain and band work. This seemed to be a great idea at first although Jim Wendler discourages this in his books. More volume equals better results, right? While this is generally true I personally was not ready for it and a bit of more of than I could chew resulting in a lower back injury set that me back at least half a year, maybe even a year. As my mother said: If you want to do it extra cool, don’t do it. You’ll get hurt.

I did use the Agile 8 routine to stretch for every session and that worked. This stretching routine is good to loosen up in the beginning of a workout in my opinion but it does not fix a poor range of motion, which I have. This is a general oversight of mine in my training because I wanted to lift as much as possible as quickly as possible. When I quit running in 2015 to become a strong beast I should have planned in a three-month cycle of optimizing my range of motion for the new regime with stretches, Cossack squats, Bulgarian split squats and the like. We all hate these but it would have benefitted me greatly.

While I was on Jim Wendler I did no cardio whatsoever. Not even the prowler pushes he recommends. After that, I was stronger but when I opted to take the stairs instead of the lift to my desk at work on the third floor I knew that my conditioning sucked compared to what I did before. Since then I try to walk the dogs a bit faster to get at least a bit more cardio in.

My warm-up routine did not incorporate any exercises which make you look very silly. This leads to me being a stiff man who cannot move in different directions that well. If I could squat 1000 pounds instead, I would not care that much, but that is not the case. My recommendation to you would be to find two exercises which make you look very silly for your warm-up. Those are usually good for fine motor tuning (skin the cats, hollow rocks, rollouts, bear crawls, spider walks, etc.).