Wendler 531: Should you train to failure ? [Article] 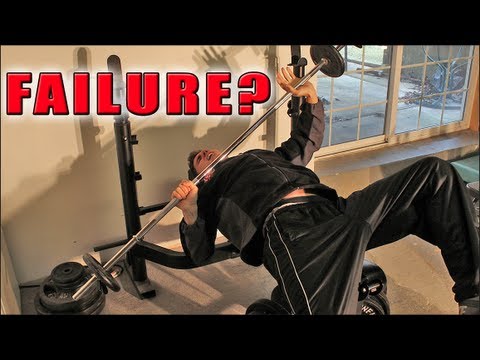 I would generally not recommend it. If you have gotten your priorities right you will have picked the wendler program to develop strength mainly and muscle secondly. Training to failure increases risk of injury and emphasizes muscle building. If you train to failure in Wendler you most likely should brush up on your knowledge about the program or pick a different, more agressive program to reach your goals.

The question is not really what, but actually who Wendler is. Jim Wendler is an american powerlifter who played football in high school. Due to this he had the privilige of being exposed to the training of a footballer and a powerlifter. After reaching his goals in powerlifting he turned to rethinking the training approach of powerlifters as for his tastes the methods used amongst powerlifters only created limited athletic abilities. The result is the 531 training approach also known as the Wendler program.

Structure of the 531 program

Core theories of the 531 program are the cyclic approach utilising sets of 5,3 and 1 combined with AMRAP sets and dialling back from your one repetition maximum to maximise athletism at minimum injury risk while still creating strength. This makes it in some poeple's opinion a suboptimal template for powerlifting purposes in its core form due to lack of heavy lifting. As the template is quite complex and needs some number crunching please refer to the explanation of the Jim Wendler program to dive deeper on the matter if you have not already before finding this article. The man himself also blogs regularly for T Nation. Recommended reads to further your knowledge and reference multiple sources.

What does training to failure mean ?

Training to failure means to lift until you fail a repetition. Failing a repetition means that you do not complete full range of motion and drop the bar or need help from a spotter to finish. In Wendler this can happen easily if you do not know your limits and capabilities because of the prescribed AMRAP set. AMRAP = as many repetitions as possible (Heavily used concept in crossfit which gained a lot of popularity quite recently).

Here is a more airtight definition from wikipedia:

Pro and Cons of training to failure

Combining everything it is not recommended to train to failure on Wendler as it is a program mainly for strength, not for muscle development and training to failure gets discouraged by the author of the program and other authorities in the strength sport. This is also a reason why the program is more suitable for intermediates than for beginners as they have a better awareness of when failure will occur on a given set.