5 reasons for runners to start crossfit 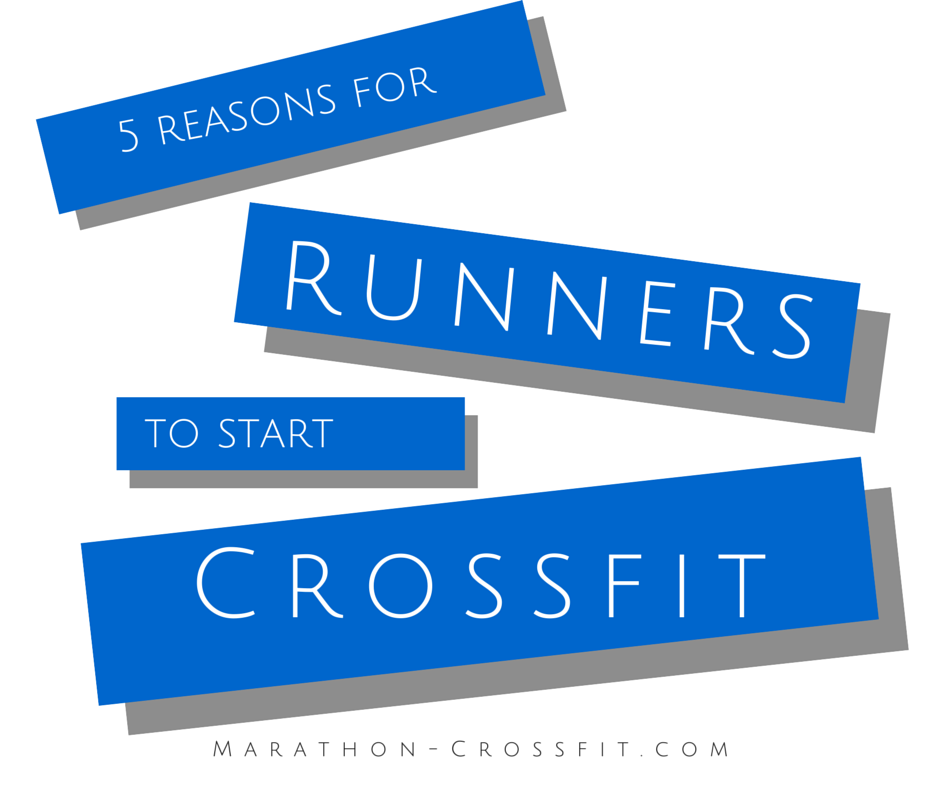 5 reasons for runners to start crossfit

I personally run about 2000km a year and deadlift 145kg by the time of writing. Crossfit helps me to keep motivated, improve my personal bests and stay injury free. If you have not started yet these reasons might persuade you to include crossfit in your training routine.

#1 You will get stronger

I started crossfit in the middle of 2014 without taking classes and following the crossfit journal and getting a subscription to beyond the whiteboard. Since then, using the stronglifts 5x5 program, i was able to develop to a 100kg squat and 145kg Deadlift packing about ten kilograms on muscle from 80 to 90kg on my body. After running for one and a half years i got comments that I have gotten very skinny and looked pale. Not anymore. It depends on your eprsonal goals, but if you do not want to be in the 2:20 to 2:40 range of marathoners maybe consider your all around health in favour of the ultimate running physique.

#2 You will recover faster

The recovery times between my first marathon in Dublin in 2013 and my second in Frankfurt in 2014 were as different as day and light. In 2013 it took my about a month to recover fully from my ordeal, whereas in 2014 i was fine and out on the road again after a week. I hugely attribute this improvement to the time spent on the high intensity, short duration crossfit workouts.

#3 You will decrease your risk of injury

Hal Higdon recommends strength training for runners to decrease the risk of injury. All runners i talk to who do not regularly hit the gym to lift weights tell me about injuries which put them out of training for a month or two. Weighing two months of no running against two to three days given up in favour of weightlifting is a simple calculation to do for figuring which one is the better long time approach. You might also be interested to exploit this topic further in the unbreakable runner, which is a first hand account of how strength training can make you a better and longer lasting runner.

#4 You will have more fun with sports

I personally found to focus only on running can get very dull after a year, especially if you are not doing it in a running club. Crossfit gives you the opportunity to mix it up and have different levels on which you can challenge yourself, when you are going through a running slump and stay motivated.

#5 You will become more interesting

Mixing it up also avoids to become a "running bore" as Ronnie O'Sullivan, snooker champion and passionate runner, describes a person in his book who only talks about running and nothing else anymore. Crossfit is accessible to a wider range of people and also hip and trendy at the moment.


Whatever you do, have fun with it and stay injury free

Crossfit might or might not be for you. I found it to be very beneficial and fun. Make your own choice based on thi post and eventually join the "crossfit cult".
Pascal