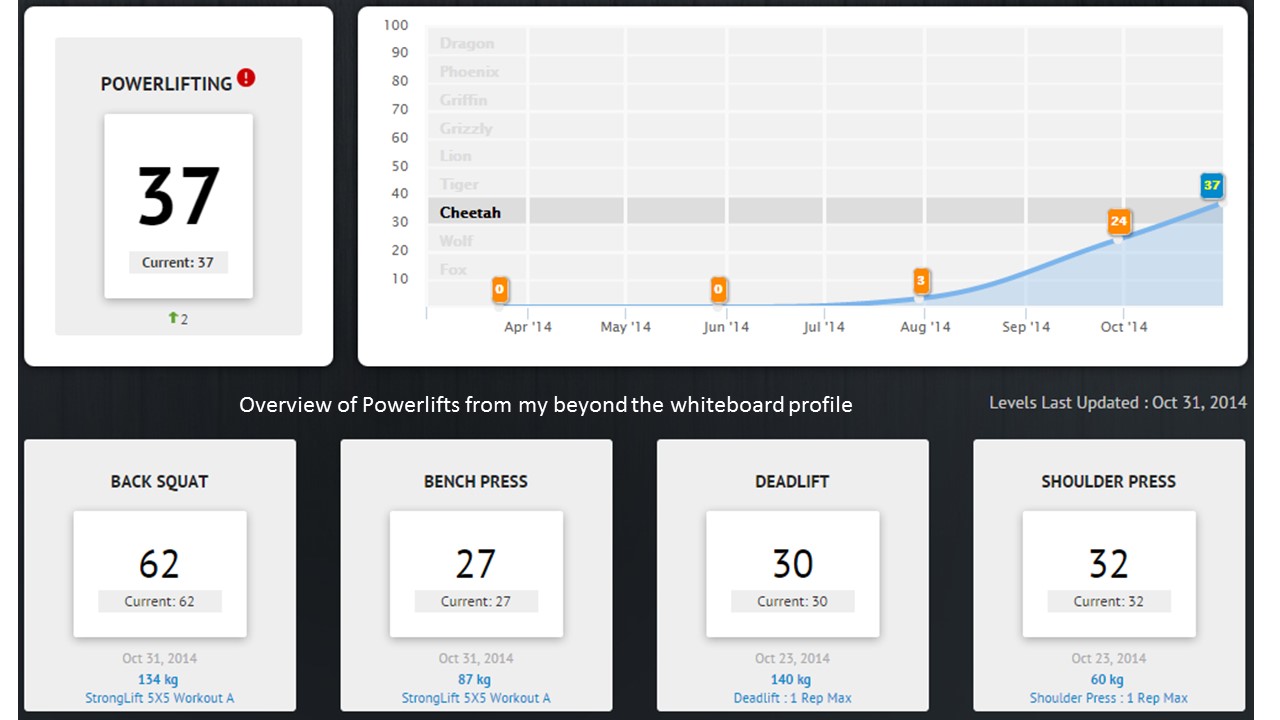 Can marathoners be good crossfitters ?

Progress on the powerlifts

In the fourth month using the Stronglift 5x5 program i graduated to lifting three 20kg plates on each side of the bar for deadlifts and two 20kg plates on each + small plates for back squats. I am really surprised how good and easy the program is to follow. I left out a session here and there or moved it a day, as long as there was rest from heavy lifting inbetween, avoiding back to back days of Stronglifts. Following the Stronglifts program also covers all of the lifts which beyond the whiteboard tracks to calculate your Powerlifting score on a scale from 0 to 100 by comparing yourself to other users of the software.

While I am personally convinced that the weightlifting itself did not impact my running negatively, the loss of focus on the running training definetly did. The current program demands that I do one hour of weightlifting on Mondays, Wednesdays and Fridays. This is time and energy which was undivided between weightlifting und running a year ago. So while I maintained my level of speed for long distances I did not see the same increases as last year. This might also be due to, that my level seems already to be high, but is still no excuse for not upping my best at the marathon in Frankfurt.