Can marathoners do crossfit April 2015 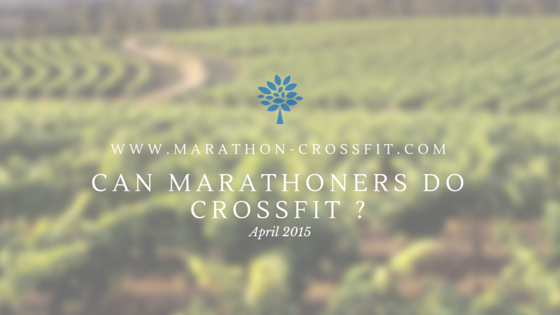 Can marathoners do crossfit

In April I switched from the Stronglift 5x5 program to a 10x3 program with accessory work. By this we increased my 3 rep max by 7.5kg on the trap bar deadlift, squat and bench press. The accessory work is actually fun and mixes up the routine in a interesting way. Just the change I needed after roughly a year of 5x5. I also ran the Vienna marathon in a disappointing 4:12.

Progress on the squat

Since my teenage years when I trained for judo competitions the squat has been my least favourite of the big three compound lifts. This still shows in my results nowadays when compared to the other two lifts. If you do not want to become a freak of nature like me benching more than squatting listen to my advice and squat when you are younger even though you cannot bare the move. Leg presses just do not make up for it. Still only start with the big three after you had your growth phase and have enough facial hair. Poeple who squat should also already have to shave.

I ended April on a 117.5 3x3 belted. The first set was ok, in the second set I felt a stinging pain in my lower abs just under the belt. Was pretty ugly and I took a good 5 minute rest before attacking the last set, because for a moment I thought I had ripped something. Killed the last set with nice deep squats, but also got a spot for that one. According to beyondthewhiteboard.com this performance stacks up ok against the people who have logged it there too. Let’s see how close I can get to my goal of a 2 times body weight squat until the end of the year.

On a side note I was also back in the gym just two days after my marathon to continue with my lifting routine. This might indicate either that my recovery rates have gone through the roof, the squatting program is not challenging enough or I did not push myself enough at the marathon.

I personally would like to opt for the first option, as the squats do hurt and the marathon also hurt. If there is pain, there is gain. Still remains to be monitored.

Progress on the bench press

The good old bench press was always my favourite. I was 17 when I pressed a 100kg for the first time. What always was my weakness is that my pull ups were rather weak in comparison. My bench press ended on a 117.5kg in April which puts my in the top ten % of the beyondthewhiteboard users. The current gym record in my weight class (81 – 90kg) is at 127.5kg. I will have a go at this record in May as my calculated max bench is at 130kg with this three rep max.

Progress on the trap bar deadlift

I finished the trap bar deadlift in April with 167.5kg. I am pretty happy with that, as the barbell deadlift in the beginning of April was a one rep max of 165kg so I am moving in the right direction when it comes to lifting stuff off the ground. I am getting better at thinking about pushing the earth away from me rather than pulling the weight up. This helps to avoid to jerk the deadlift which basically is asking for ripping your arms out of their sockets. My stepson still says that my lower back as arching too much during the deadlift and it looks unhealthy. I ordered a Go Pro so expect to see some videos about my progress soon whether you like or not and to be able to analyze my form myself.

My new program works with Glute ham raises, Standing Dumbbell curls, Hammer Curls, Ring dips and Inverted ring pulls ups, planks and push ups with a twist. These exercises are way more challenging than I would have thought. Especially the planks with a step out are killer and the push ups with a twist. There are also good mornings and Bent over rows in my new program which are also in the cube method and the Stronglifts 5x5. I haven’t done the cube yet, but I am considering the cube and Smolov for the winter after the Dublin marathon.

As I scaled down the run I had the opportunity to try some new WODs which was fun. I did a Cindy, Angie, Danny and had a go at several round for times WODs. I still can not so the full range of crossfit WODs as I lack the skillin the olympic lifts which are heavily used in the Crossfit open WODs. This will be solved by end of year I think.

Analysis of the Vienna marathon debacle

The Vienna marathon was jinxed from the start. I am not making excuses for not making my target of 3:30, but it is a fact that it was jinxed and I also contributed to make it even more challenging due to bad planning.

What worked was my plan of drinking at each station alternating water and energy drinks. My plan to do 5:05 on average worked to a certain degree and I was better at running on plan than I was in my two marathons before.

Where it did not work out is that I had to do a number two at half marathon mark which cost me about 8 minutes and also brought me in the psychological mood of having to make up for lost time and that I also had to do a number 1 just 4km into the race. The while in theory and on paper I hit the 5:05 on average I had to compensate for these breaks with some sub 5 kilometers to get there. This did not help when the wall approached around 35km into it.

The first mistake I made is that in the preparation I actually did not calculate to goal time and did not train with the 5:05 pace. I did around 5 minutes for my marathon pace runs and also had no clue what easy pace actually meant for me, even though I know the theory. I just did not apply my knowledge to my training.

Regarding that the run was jinxed in total I managed to feck up the registration, then I could not pay for my late registration because the till was broken, I already mentioned the potty breaks and after the marathon I firstly forgot to collect my goodie bag and then forgot to take my Garmin watch with me when we flew back to Ireland after I had already gathered a blister on my left food in the short run on the day before the marathon. Due to my belated registration I ran in the Male 55 category and did quite well with place 193 ;). 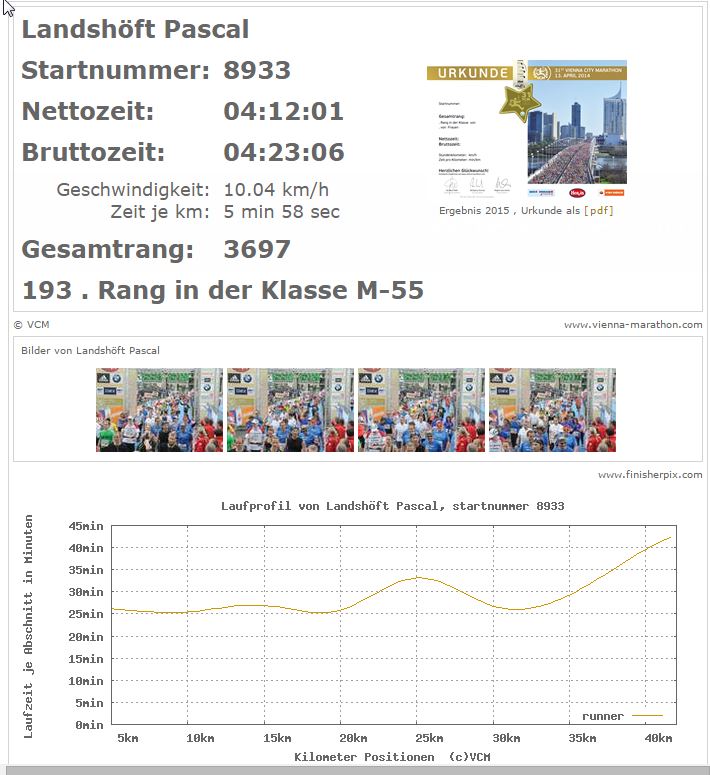 For the time after the marathon from 12.04.2015 to 04.05.2015 I decided to take a break from running to ease into a plan starting in June attacking the 3.30 again in Dublin 2015. I am signed up to the Dublin race series and I feel ready to rock. I’ll get that Boston marathon qualification somehow.

Overall marathoners can do crossfit and get stronger in the process, as my numbers currently show. They also show, that I did not get faster since my first marathon as my times actually declined. My major mistake in my first marathon was dehydration, as I did not drink. In my second marathon I over paced. My third marathon was a story of not enough focus. I will see which program I will take for my fourth marathon I am toying with ideas and will write a blog post about it at a later stage. In the crossfit and strength training universe I have found I good program, a great gym and great people to help me on my journey to become the strongest fast marathoner in the world.