Can Marathoners be good crossfitters : February 2015

Can Marathoners be good crossfitters:

In February I focused on body weight and running, as I had to take care of my elbow which was diagnosed with busirtis (elbow swelling). I took slow and focused in core work, runs, later in the month, when I was off the antibiotics, push ups. Some new personal records fell for this year and I found a new gym I am very excited about.
For the most part I continued my running plan as the doctor allowed for this. In the crossfit realm I focused on working on my basics by performing 100 Abmat sit ups, Airsquats and push ups for time. I feel very good after this month. Strengthened, even though from a optical perspective there was not a lot of change.

I feel like I am getting more control over the double unders and longer unbroken periods of them. Even though I was not allowed to them in February until I felt better I got in one set in the last week and BOOM new PR, even though I did not touch the rope for three weeks. That was thrilling. I had another attempt at an Annie best, which was interrupted by several cars and the binmen. Therefore nothing groundbreaking to report here.

You can see in this picture, that i had no long tim no dance with the rope and then nailed a new pr. Picked me up a bit and let's see how this will improve over the year. I am still far away from the top 10% on beyond thre whiteboard, which would be my goal.

An area I definetly put more focus on this month was my core work, doing a lot of 100 Abmat sit ups for time. You get a great burn out of this exercise and it is simple to do. Just protect yourself from carpet burn by having the Abmat securely fastened to the ground and a good pair of trousers on (yoga pants whatever you may fancy). If you do them just in your boxer shorts like I did you might have some burns on your backside. Still I do not seem to be able to pull away from the 4 minute mark for this exercise. I have to bump it up to under 3 minutes to get in the top ten % area.

In the push up area I cracked a whopping 1:27 for 100 push ups. This puts me in the top 1% at beyond the whiteboard, so no improvement in this area needed. I can move to doing them unbroken or weighted as the next step up. Still I am more inclined to have a go at Angie in March as I can do pull ups again and nail that one down. All of the body weight work in February hopefully set me up for a good result.

I've picked two runs that stood out for me in February

My 2:45 hour run in which I almot made the 30km mark. This is the longest I have ever run in training. I was able to almost keep it in the 5 minute range for average pace per km during the entire run. Even better was that I did not had to stop for breaks during the whole run. Usually I would get some problem around 1:30 hours for which I have to take a step aside. 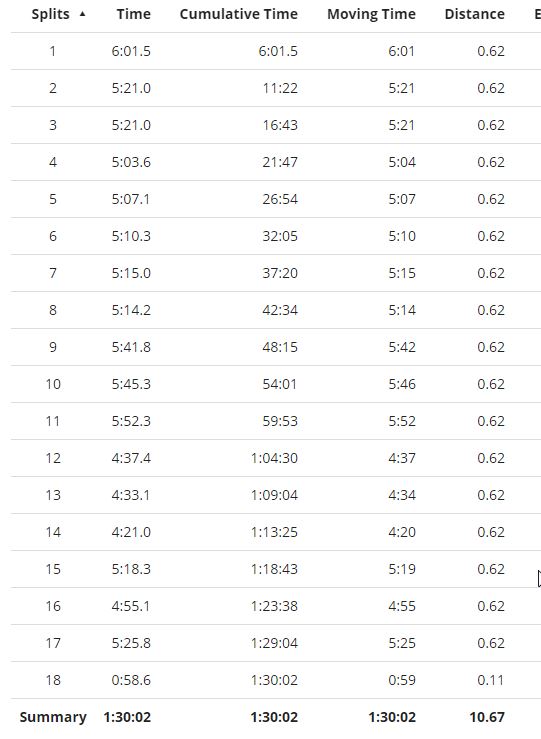 Second run to highlight was 1:30 hour run in which the program asked me to run at half marathon pace for the last half an hour. I was able to keep it in the 5's per km for the first hour and still churn out some consecutive under 5's for the last half an hour. This is good as this indicates, that I am back to my September form from last year and it is only February. Hopefully I can stay on this trajectory to reach my marathon goals this year.

For this month you can not really talk about progress in this area. I have to deload 30% and you can basically say I am back to square one in this area.

In this graph how overall load of being slightly below 8 tons overall for Stronglift workout A has dropped to 4 tons because of the injury inflicted break I underwent. No hard feelings, I see it from the bright and as a chance to work on explosiveness and technique.

A new year, a new gym

I have come to the conclusion that my old gym does not fit my needs anymore and went to find a new one. The new place has everything to do the westside method and the coaching approach is more hands on. Looking forward to see the results. Took my measurements and currently I am at 12% body fat. Stay tuned for pictured and maybe even videos !!