Try this deadlift thing to get strong like bull [Article] 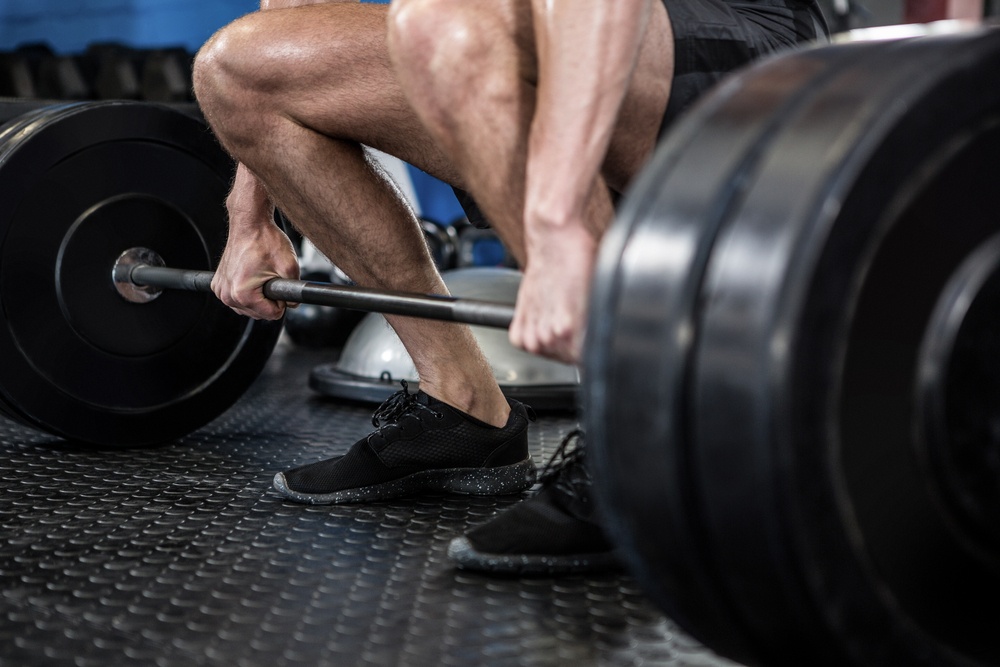 Try this deadlift thing to get strong like bull

The deadlift is my favourite lift to do and it will make you a better athlete and maybe even a better person as it is can be quite humbling. All in all, it will make you think about how to do big things by breaking them down into little increments which you conquer one moment at a time.

To understand lifting programs better it is a good exercise to read up on the Prilepin chart. The Prilepin chart visualises a generalised form of how repetitions and sets combined with load should be approached when training for strength. It builds one of the main foundations from which all other programs are derived and calculated. I have included a picture.

How to perform a deadlift

A deadlift starts with the barbell on the ground and from there you move it up to the hips in a straight line. There are two main variations of the lift, the sumo deadlift and the conventional deadlift. The sumo deadlift is the lesser performed variation which is popular amongst very successful powerlifters like Layne Norton, Chris Duffin and Ed Coan. Still, the heaviest deadlift to be ever performed was a conventional pull by strongman Eddie Hall. It is usually good advice to train both variations for maximum strength and adaptation.

In the sumo deadlift, you stand with your legs wide apart on the toes pointing outwards like the starting position of a sumo wrestler before a fight. The hands and arms come straight down between the legs to grab the bar. From there the pull is initiated and ends at full extension of the hips. With this technique lifters usually describe that it is harder to “break the ground” which means getting the barbell to move off the floor, and easier to complete the pull to the hip compared to the conventional deadlift.

For the conventional deadlift, the legs are usually not wider apart than shoulder width. The hands and arms come down outside of the legs to grab the bar but still very close to the legs. Then the pull is initiated and as with the other variation is finished at the full hip extension with the bar ending, depending on the lifter, either slightly above or below the area of the crown jewels. For the conventional deadlift, some lifters describe that “breaking ground” is easier than with the sumo variation but completing the lift is harder as the bar has further to travel to the end position. A failed attempt occurs usually somewhere midway into the lift whereas with the sumo deadlift the chances are a lot higher that you complete the lift once the bar is off the floor.

For both variations, it is important that the deadlift is a hinge and not a pull which means that your arms are only holding onto the barbell to let the rest of the body do the work, rather than pulling the weight up themselves. Think of it like a big crane. The power does not come from the hook and cables but the motor which they are attached too.

In addition, a good way to think about the deadlift is to squeeze the bar off the ground and then pull it into the hips. If you think to pull first you are very likely to round your back and expose your arms to more risk to be pulled out of the socket. Instead keep everything real tight and squeeze yourself together to break ground and then from there explode upwards to complete the lift. This change of motion should only take a millisecond but is important to a successful heavy deadlift. Brian Alsruhe from neversate.com has some good tips on this dynamic whose video I included in the post.

The last tip is to push the earth away from you rather than pulling the barbell into you. Your entire body should make it its business during the lift to push away from the ground as hard as you possibly can. This will move the bar up by itself and naturally takes care of the squeeze and pull dynamic I described in the paragraph before.

The deadlift is very taxing on your body and nervous system Therefore high volume work on this lift is usually not recommended. If you happen to want to do more volume reset after each repetition to ensure good form. This means that you let all momentum go out of the bar after each rep by placing it back on the ground rather than making use of the bounce.

Attached you find a solid program which you can run for four months. If you want to fit it into your current scheme the best place to put it would be on chest day without having to spend an extra day in the gym. By itself and including warm up sets it should take you not more than half an hour to complete. Shuffle your training days around so that leg ay (reads squat day) is as far away from this deadlift set as possible. Four days rest between squat and deadlift are good, however not always doable. Three and two days are also ok when you want to get volume in. Just avoid the same day or the day after.

The deadlift is, in my opinion, the most fun lift of the big three to do. It is very satisfying to pick something very heavy off the ground and the drop it back down and it makes some noise. Even though it is considered bad conduct it is bloody cool.