One rep max lift tests for the westside method 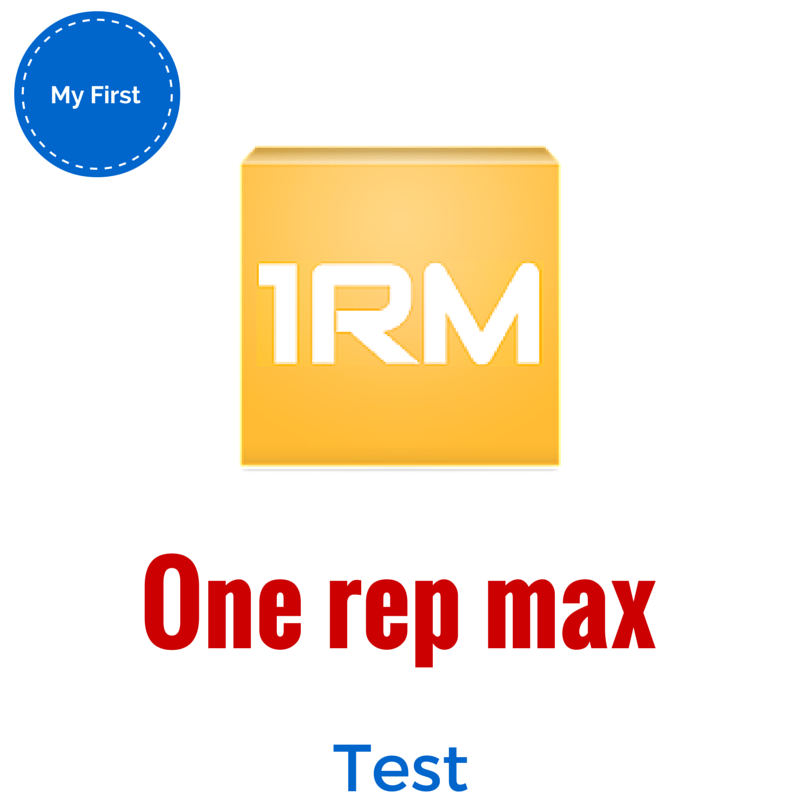 One rep max tests for the westside method

April 2015 was the time to change from Stronglift 5x5 to a different template as I did not gain that much on the squat, bench press and deadlift anymore. To have a base for my new program we had to do a one rep max test. A fist time for me with some surprises. I totaled 407.5kg with 165 on the deadlift, 122.5 on the bench press and 120 on the squat.

What is a one rep max test?

A one rep max test has the aim to test the maximum weight you can lift for one particular exercises. If you are into powerlifting you will do one rep max test for the bench press, deadlift and squat. If you are doing Olympic weightlifting you will also test the clean & jerk & snatch. You can also do tests for variations of these lifts which just address some part of the compound movement.

More often than not a one rep max tests are not done by the “regular” gym member as they do not compete or just train for fit ness purposes. I would however highly recommend them to see if you are training ideal. Whenever you are starting out with a new program test the maximum you can do for the particular movement. By this you most likely will do a one rep max test from once a month to once in half a year depending on your personal goals.

The test will take the guesswork out of which barbell or dumbbells you will have to use to get your ideal gains or weight loss. There is a method to the madness in most programs and it starts from calculating back from your maximum effort.

It can also be very rewarding to march on the floor a month later and crush your personal bests. It keeps you motivated or in check if you are not progressing.

What is the Westside Method?

In all honesty my knowledge is currently too limited to give a full overview. So far the basic principles I do understand is that there are three major concepts in the conjugate method

Forgive me if I get details wring and refer to the official Westside website and the YouTube videos of Louie Simmons, the “godfather” of the Westside method.

The variation comes in by varying your stance, grip and speed with which you lift. For example you would do a stop deadlift in one set, than a sumo deadlift in the next, wide stance, narrow stance and so further to modulate which muscle groups you are activating during the lift.

The swap between high load work and small load work shall make you explosive and strong at the same time. This is basically physics as the amount of force is not only influenced by how much strength you have but also how fast you are able to release it. The more you can release with your body in less time the more you will lift. So the conjugate method addresses this by mixing sets of 90% of your one rep max on a specific day doing a low amount of reps and doing a high amount of reps with 50 – 70% of your one rep max on other days.

Bands and chains will help you to influence the curve of the load. If you use plates on a bench press the load will always be the same from the highest point of the lift to the lowest. So if you have 100kg loaded unto it you have 100kg of force driving it down at all times. Bands and chains work in the way, that they modify the load during the lift. Let’s say you put 50kg on the barbell and two 25kg with 5 x5 kg chain links. While you are lifting the barbell the load increases as you lift up and decreases when you go down depending on how many chain links leave the ground. So at the beginning you lift 50kg, than 60, 70, 80, 90, 100 in the highest point of the lift when both chains fully left the ground to then go down again from 100 to 90, 80, 70, 60 and 50 when you are back on the ground. Bands achieve the same effect with the difference that the load increases and decreases gradually rather than in increments because there resistance increase the further you extend them.

For the last point there is a debate between coaches whether you should do parts of a movement or only train the full movement to get the best results. In the conjugate method you incorporate box jumps, GHD raises and other supporting exercises to address specific muscle groups which are used in the bigger compound lifts.

So in total this method is a lot more complex than the Stronglift 5x5 which I used to do. I am just starting out and intrigued to better understand the inner workings of this method and which results it will produce for me.

A basic walkthrough you will find here for the template that gives you the helicopter view to the details I have already provided.

I warmed up with two sets of 5 x 60 kg and then went up to 80kg, 100kg, 120kg, 130kg and 150kg for triplets. As the 150kg was the maximum I had done on 5x5 I went to singles from there. For the singles I used the over under grip for the first time and also chalk. That was a nice change and I felt very powerful for another 155kg single and 160kg single. The 165 was very slow and my left leg started to shake while lifting the weight. My mistake was to than go for 170kg instead of 167.5. I might have lifted the lower weight but the 170 barbell would not move an inch from the ground.

That was something different! I went for two times 5x60kg in the beginning and then triplets for 80, 100 and 110. This was before the fun part started as i finished out my Stronglift 5x5 program at 100kg 5x5 where I also dropped the barbell on my head at the last rep. Lesson to learn from that, never lift heavy without a spotter. From there it went a bit mad with 105, 110, 115, 120 and the final 122.5 rep which you see below. I could not believe that I did that lift. I am 5kg away from the gym record for my weight class which stands at 127.5. Hopefully by end of April I will be able to beat it. I felt really good after that, especially as the squat did not go that well.

This is what you get, when you do Stronglifts 5x5 unsupervised and cheat with form. A chicken legged guy who can bench press more than squat. My lower back felt weak that day and the whole squatting session was just a mess. I already struggled during warm up and this was absolutely the low light of the day.

How to do your one rep max test

Rest one to two days before you test your one rep max for a new program. Make sure that you get a good bit of sleep and that you are relaxed when you walk in the gym. For the warm up we used a pyramid approach with 5 - 3 - 1 rep max until failure per set.

To determine the weight you want to use do the first two sets with 50% of your current maximum and the 3 rep sets at 85%. From then on it becomes a bit of experimenting on how far you can go as you see with the bench press progression.

Have some chalk ready as it makes a difference espeically for the deadlift. For the squat chalk is also recommended if you do a low bar squat, but I have not practised it yet. The chalk keeps the bar from moving in the low bar squat by making your T shirt stickier, where you apply it.

Make sure there is a spotter is around. A one rep max test is designed to test your limits and go beyond which spells failed reps. You want somebody to secure so that you do not bury yourself under a weight you can not lift,

Wear a belt on the highest lifts. They are allowed in competition and bring your performance up. Of course you can be all manly about it and not use a belt and lift raw. I personally just find that people of this mind frame bring a lot of ego along with them, which is usually bad advise for good performance and staying healthy, but that is just my humble opinion.

Before you start your one rep max day it is also useful to make an estimate what to push for. A one rep max calculator will help you to determine where to go, especially if you have never done this type of workout before.

Whenever you want to change your lifting routine because your current program does not give you any more gains or you are not motivated todo it anymore it is a good idead to do a one rep max.