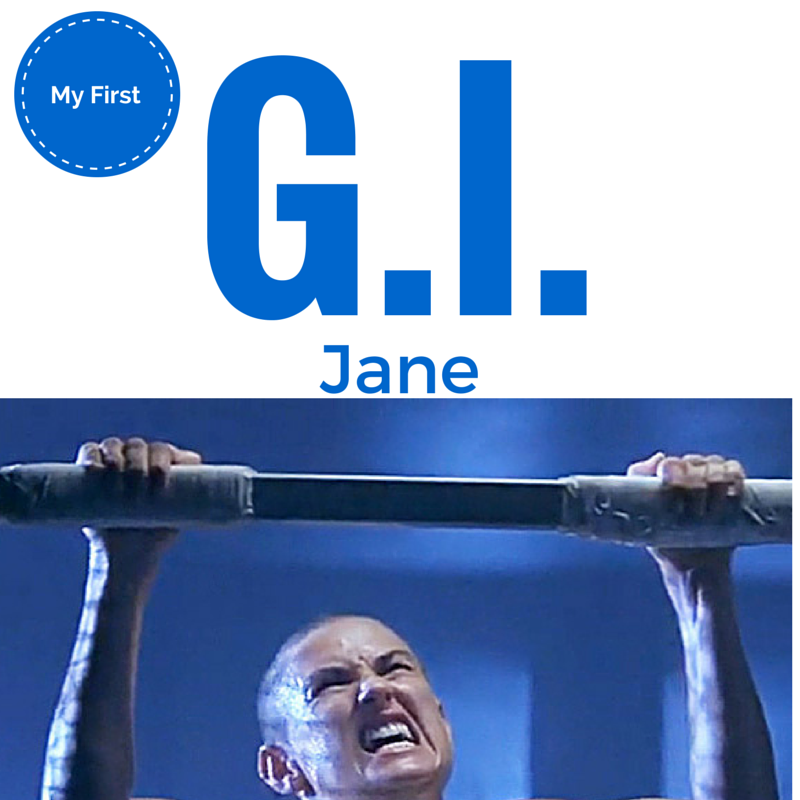 As I am focusing on getting better on my body weight exercises with Angie, Annie and Barbara, I now tried G.I. Jane for the first time after a Stronglift 5x5 session. It is hard but easy and fun work out to be recommended to anyone who can do 10+ pull ups in a set for at least once. If you can not do pull ups yet, you shuld start with something easier like 100 push ups for time. My first time clocked for the 100 burpee pull ups was 14:29.

First of all G.I Jane is a movie which stars Demi Moore as G.I. Jane directed by Ridley Scott. It was released in 1997 and also stars Viggo Mortensen (Aragorn from Lord of the Rings) in it. The movie tackles the challenge of women working in the American forces and Jane's ordeal to fight an environment dominated by males includes a series of worjout shots ala Rocky. These scenes inspired the crossfit workout called G.I. Jane.

You need a pull up bar, some space around the pull up bar to do a burpee, your biceps and your will power. You start standing straight. Go down to the floor into push up position, do a push up, get your feet back in and while you jump up from squat position you grab the bar in mid air in over under grip and do all pull up. Return to starting position. This counts as one rep. G.I. Jane is 100 reps for time. In case you did not understand this, here is the demo video: