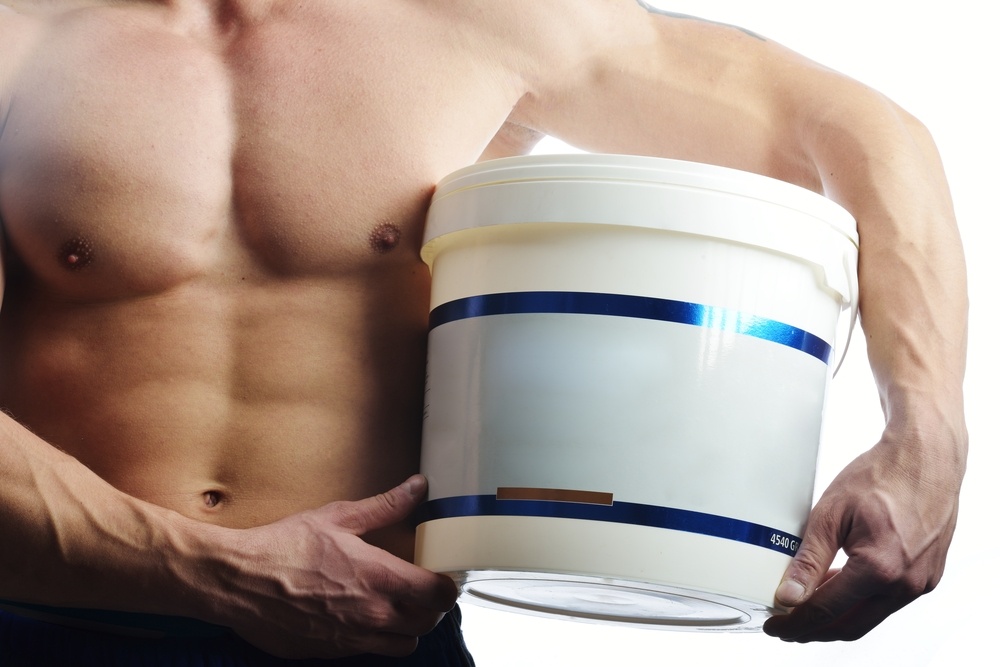 Kettlebells can be used to build mass. There are many other levers which are more important which influence whether your body builds muscle or not. Using barbells or kettlebells to create the stimulus is an afterthought to most other factors in the equation like food, sleep, execution of the movements and intensity. Now that the obvious question is out of the way I hope you enjoy the details which lead to this statement.

Why do you train

When it comes to exercise I always like to pose this question and dig a bit deeper than the first answer. If you put the question "Can kettlebells build mass" to me I like to know "Why do you want to build muscle. Normally this can be brought back to one of these motivators:
There more than these categories and reasons, but this is what I usually find.
To perform better in your sports you sometimes have to put on mass. The NFL has certain expectations how much a linebacker or any other given position on the field should weigh. Size also matters in rugby as your team gets crushed in a scrum if you only have puny halflings playing for your team. Most martial arts divide their fighters into weight categories and if you are one of the athletes in the lower weight bracket of a category, it puts you at a disadvantage. For example, le I fought for a long time in the -73kg weight class in Judo and then went up to -81kg when it became apparent that even with sauna and all other kinds of bodyweight manipulation was not able anymore to hit the weight and still perform. That was when I was put on a mass building program lifting weights and getting creatine. It worked.
Another reason to put on muscle can be for rehabilitation purposes. If you had cancer like my mother, you might have been lying in bed for several months and lost a lot of muscle mass. This inhibits you from living a healthy life so you have to get back your strength to feel whole again.
Another reason for you to put on mass could be to look better, even though I am personally not a fan of this kind of motivator as looks are very subjective and highly influenced by mass marketing. Just look at how much controversy there is every year over beauty contest and Mr. Olympia.
Whatever the reason is for you to put on muscle, take a step back and ask yourself why you want to put it on.
It happened to me and it might even happen to you that I got bogged down in the details of which tools to use in the gym whilst missing the big picture. A question like "Can kettlebells build muscle" might just be derived from that situation.

The short answer is yes, they can. Literally, it is a no, because your body owns the mechanisms to build mass. Technically the kettlebell is a tool to trigger the body to build mass, but of the many levers you can pull, it is one of the smallest ones.
If you follow all of the outlined basic principles for building mass, you will get bigger using kettlebells. The only caveat is here that kettlebells might be a better tool for advanced lifters to build mass rather than for beginners. If you try certain exercises like cleans, overhead presses and deadlifts you will generally find that it is a lot easier to do the same weight with a barbell than with a kettlebell.
My favorite to demonstrate this phenomenon is the front squat. Most people do not do front squats so there is no movement pattern advantage. If you load a barbell front squat with 2.5kg on each side client's usually perform if they have the mobility to execute the movement. If you then proceed to give them two 12kg kettlebells, which is technically less weight and ask them to repeat they will struggle to get it done.
Most exercises which are recommended to build mass with kettlebells are for advanced practitioners. If you do not believe me check out the Strongfirst certification structure. The snatch, double kettlebell movements and the fanciest stuff which you will find in kettlebell programs to build mass on the internet is part of the SFG2 and not the SFG1, less advanced certification.

If you scan the internet for templates that use kettlebells to build mass you will find the following mentioned often
What all of these movements have in common is that you shouldn't do them as a beginner. When you are building mass and strength the stability that a barbell provides for you is your friend, not your enemy. If you are not strong enough to handle a 20kg barbell you have no business in entertaining any double kettlebell work. In my personal opinion, use thirty-day bodyweight challenges to progress to a place where you can handle a 12 to kettlebell. Do simple and sinister for three months which consists of the swing and Turkish get up once the pull-up, push-up and body weight squat are mastered. After these three months, you should have progressed at least one kettlebell size up. Do another three-month Stronglifts 5x5 cycle with the barbell. After these 9 - 12 months of training make a decision which tool you prefer and stick with that for another year.

The golden middle in training between building mass and strength is five sets of five repetitions at 70 - 85% of your one repetition maximum. This is commonly accepted canon and has the results to show to back it up. You can read my extensive review of the Stronglifts 5x5 template on this blog. There are also variations on the 5x5 template for more advanced lifters like madcow 5x5 or the Texas method. The basic idea is to do an exercise at challenging, but not crazy intensity, for five repetitions and five sets with 3 - 5 minutes rest between sets. Apply all the basic principles I have outlined and exercises which fit your level of fitness and off you go.

The German Volume training template has you do 10x10 so ten sets of ten repetitions of a certain exercise at 60% of your one repetition maximum. GVT is praised among bodybuilders for its capability to build muscle. There have been studies and observations across the board which report that while you gain mass on GVT you might decline in strength. I personally think that GVT is to be recommended to fit individuals who have training experience under their belt and not to beginners. My reasoning for that is outlined in my German volume training review for crossfitters. The main point is fatigue management and knowing when to quit before getting injured which makes this a no go for beginners. In addition form usually breaks down in sets of ten. A habit which you should strive to eliminate as a beginner especially rather than magnify the effect actively.

This is a template I liked for hypertrophy with kettlebells.
I can not overstate master the swing and get up first at least, maybe even a 100kg barbell squat for good measure, before attempting this.
A1: Double Kettlebell Snatch – 6 rounds x 3 reps*
B1: Double Kettlebell Clean & Press and Front Squat Ladder – 3 rounds x 1-6 ladders**
C1: Bent Press Practice – 5 rounds x 3 reps (each arm)
D1: Kettlebell Seesaw Row – 3 rounds x 8-15 reps
D2: Kettlebell Seesaw Floor Press – 3 rounds x 8-15 reps
You can progress to the next kettlebell when you do negative splits (meaning you need less time to recover than doing the exercises). Getting instruction from a certified Strongfirst is recommended.

Barbells and kettlebells have their place and both are fun. Barbells have the advantage of added stability which lets you move bigger weights than kettlebells. Also once you progress you will have it easier with barbell training as heavyweights are more readily available than heavy kettlebells. Most gyms only stock up to 28kg kettlebells. As a male, you will have to look far and wide to find a place that has 32kg and upwards.
Whether kettlebells or barbells are the better for building I would be hesitant to say myself and is a different question from the one we started out with. I lack the experience of mass building training templates as my main focus is strength. My "Why" in training is to stay in control of my life and keep moving forward. I find strength training to be the ultimate tool for that as it is very objective, demands discipline, grit and consistency. it is only me and the barbell and only I am to blame if something does not work.
The general strength community will not hesitate to point to the barbell as the superior tool for building mass. This is understandable as the golden times of bodybuilding heavily relied on barbell training and there are more bodybuilders around who got results from barbell training as it is more widespread and easier to learn than using kettlebells. An additional locker room undercurrent of kettlebells being "pussy" does not help. On this, I think there is not enough empirical evidence out there with heavy kettlebells and there is also not a lot of structured studies to be expected in the future due to the perceived higher risk of injury and availability of the tools and knowledge to conduct proper mass building with kettlebells.

Kettlebells can build mass in the sense of the question posed by a layman if the basic principles of building are being stuck to in the first place. There are fewer examples of success for this to work as for training with barbells as the base of use cases to pick from is smaller. To find good instructions and equipment if you travel down this path will be harder as it is less readily available as for barbell training. This does not mean that it will be less rewarding. I am convinced quite the contrary. If you can state that you build your 120kg herculean statue only with the help of kettlebells' it will turn more heads than achieving the same goal utilizing barbells and dumbbells. Since I have been using kettlebells my body feels more balanced, agile and resilient in all walks of life than when I did barbell training only