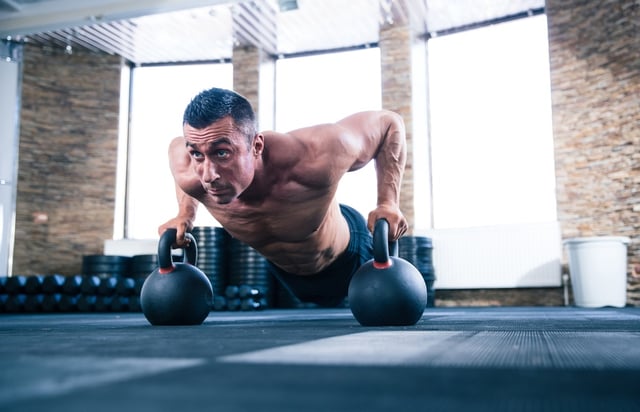 In this post, I describe which mistakes I made while training on Stronglifts 5x5 so that you can avoid them. If you have any tips for the program please leave them in the comments.

Did not check on form early

Stronglifts 5x5 is, in my opinion, a blessing and a curse to the fitness industry. It is a blessing because any idiot can follow this program and get strong. In case you have any doubts that are a good thing.

Go for a business that any idiot can run -- because sooner or later, any idiot probably is going to run it

As Peter Lynch said once (and even if he did not the quote is accurate). The problem with that is that any idiot can go out and do 75 squats at 80% of one repetition maximum in a week without ever consulting a personal trainer. This leads to a lot more quarter squats in the world than necessary which are ugly to look at and create the wrong kind of strength. The one that I developed. I am still trying to undo what I did there and two years later the range of motion on my squats is ok. Visitors of my YouTube channel still do not tire of pointing out that my heels come off the ground when I squat. And they are correct, but my ego just does not like to be called out like that.

After running for two years my mobility in the hips and feet was poor and I was not a gymnast to start with. I got annoyed by not reaching my goal of a 3:30 marathon after three attempts in 1.5 years (you might see the mistake here, I should have done three in three years to run a proper build-up program for each) I said “Fuck it” signed up to a gym and downloaded the 5x5 app. In hindsight, not the wisest thing to do. I should have detrained and prepared my body better for the entirely new movement patterns before putting a load on it.

Progressed to the bar too quick

Which brings us to progressing to the bar too quick. I am chunky and have a big frame. Not necessarily fat but 12 years of Judo during my teenage years as a semi-professional build more of a rugby player's body than a gazelle. This makes you look silly with petty weights. Of course, I would not let that happen and directly started with the barbell. Even then I felt like a weak little child compared to the others in the free weight section. I resisted the temptation to start with half my bodyweight on SL 5x5 and did start with an empty bar. In retrospect one of my better decisions when I switched from endurance to strength training in 2014. It would have been even better if I had started with Goblet and Cossack squats to become a nimble string motherfucker. Now I am just a strong stiff one who looks even sillier doing these apparently pesky exercises. I should have had a preparation phase doing these so often that I would dream about them.

Nobody likes front squats at first. Especially at the start, these things are the fitness equivalent of scratching nails on a chalkboard unless you started somewhere in Russia or China aged 12 and did not know any other pastimes. Tucking the elbows in so that they hurt and almost choking yourself with the bar (that is what happens if you do them correctly) is not the most appealing outlook. All I must say on this is that you become a way better athlete if you do one day of high bar squats, one day of low bar squats and one day of front squats on 5x5. Your welcome and this goes into my diary for “advice to my 20-year-old self”.

When I was on Stronglifts 5x5 I did no stretching whatsoever. My hamstrings are still grateful. Please do not imitate this stupidity.

Stronglifts 5x5 is a great program and I got great results from it despite my obvious mistakes. Contrary to the marketing of it I do not think it is a program for everyone. Most people who step into the gym for the first time will either lack the strength or range of motion to run the program properly. Before you do Stronglifts ask your personal trainer to assess you and write a 90-day primer program for the deadlift, squat and bench press to maximise your results.