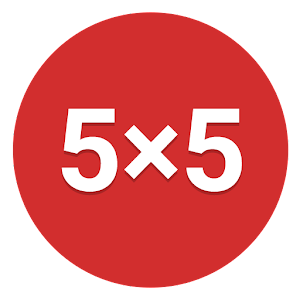 All in all I would only recommend Stronglifts 5x5 in the late teenage years. Parents should be open to the needs of their children, inform themselves and make a decision based on facts which take into account the needs of everybody involved equally based on merit, rather than authority. Different approaches will most likely lead to tension in the household and resources being wasted needlessly (been there, done that). I hope this article is informative and helpful, if your family is faced with the decision of allowing a teenager to go on Stronglifts or not. Please always consult a doctor before deciding for a program. This article covers the dynamics and concerns within a family rather than the program itself. The program is safe and works and I have done it myself and you will find details in my review of Stronglifts 5x5.

I did Stronglifts for a year and trained for strength as part of my schedule when I was a Judoka in my teenage years in Germany. I started Stronglifts in 2014 and ended it in 2015. I have two stepchildren, boy and girl, in their teens. We live in Ireland with my partner, the teens, a dog and two cats. I bench press 135 kilograms, Squat 140kg and Deadlift 175kg by time of writing at a body weight of 85kg and have run three marathons.

Would you recommend it for teenagers ?

If you want to get stronger in your late teens after finishing your growth phase Stronglifts 5x5 is one of the best options around in my opinion but do not start earlier.

Stating the obvious, the teenage years span a decade in which a lot of hormonal changes happen for a teenager and they become more and more aware that their parents might not by the ultimate source of wisdom and knowledge for any topic. To answer the posed question in more detail I would like to split the teenagers in two groups. Early teenagers of 11 - 15 and late teenagers of 16 - 19, because based on my experience with weightlifting the answer is different for these groups. Also being a man and having been a male teenager I would hesitate to make any recommendations for the female readers of my blog. Good thing is, this seems to be more of a male challenge anyway (I do not see a lot of teenage ladies lifting weights).

I would not recommend weightlifting in the early teenage years. Main reason being that most teenagers of this age are either just starting or are directly in their growth phase. This phase is usually met with coordination problems, as limbs become longer than they were and growth stress on ligaments and joints which puts teenagers at higher risk of injury when weightlifting. In addition the good news is that the amount of hormones in their blood will help to stimulate muscle growth just by doing body weight work like pull ups, push ups and sit ups. This will build a strong base to start weightlifting at a later stage after the growth phase is completed.

To put it in one sentence start lifting when you have hair growing on your chest and in all the other relevant places which identify you as a young man, rather than a young boy.

When I did Judo in my early teens we worked with circuit training including rope climbs, push ups, sit ups, squats and sprints. That worked well for me until I started working out in the gym.

For late teenagers which have gone through the growth phase I personally think that Stronglifts 5x5 is a lot better than what I used to do back in the day and I would strongly recommend it, if the intention is to build strength mainly and more muscle secondly. This would apply to all semiprofessional teenagers who want to build strength for the sport they play.

What happened with me, without having a beginner program like starting strength or Stronglifts 5x5 and only working of some rudimentary advise from my judo coach for the gym, is that I did not pick my numbers right (meaning I lifted way too heavy), making things up while I was in the gym, avoiding the squat and mainly did bench presses. Being 30 this has the consequence that my upper body is overdeveloped compared to my legs, my mobility for the squat is bad and I wasted a lot of time doing exercises which got me nowhere.

Using the Stronglifts 5x5 framework ensures you will use a clearly defined framework starting with an empty bar. This limits time wasted in the gym, risk of injury and builds a strong base step by step. The free 5x5 App will help you as a teenager to go through everything without having to make up any thing. Also all lifts are explained in depth, if you follow the instructions and take them serious, which you should by all means.

Should the teenager in question be overweight, try to lose it first before starting 5x5 through dietary means or by doing more cardio.

The teenagers point of view

Looking back to my teenage years I had the following interests to do weightlifting, even If i did not admit it or realise it by that time:

If you are a teenager reading this hopefully you accept my advise when I tell you:

So I personally get that you want to do these things, but these motivators will not help you to stick to a program and make the best of it. I always fared best when I tried to be the best version of myself, which includes being strong rather than muscle in my book, and not care too much about what others thought. So please think and discuss honestly with your parents why you want to get into weightlifting. If you feel not comfortable talking to your parents, post a comment below and I will do my best to help you. Maybe even show them this article to avoid conflict in your house.

My future wife's concerns were majorly around health and therefore she refused to allow weightlifting for my stepson in the first place in my opinion mainly due to lack of understanding and interest. What followed were a lot of arguments between her and him about whether he should be allowed or not and that all of his friends were allowed etc.

If you flat out refuse weightlifting be aware that your son most likely will find a way to do it somehow, because there will always be at least one place in town where the people in charge do not give a heap about who enters their gym and do not control vigorously. This might bring you into a precarious situation where you have to explain to the insurance company why your minor was left unattended in a gym he was not even subscribed to when he buried himself under a barbell in some form. Just be aware that this might be an outcome of being stubborn. If you are a teenager reading this, ready to point it out to Mom, be aware that you will potentially have broken bones which will put your parents into debt and therefore will not be able to pay for your college education or your shiny new car. You might even not be able to recover fully or quick, because you have just been as stubborn as Mom (and out of carelessness hurt yourself in the process).

As Mom try to take interest and help out with a plan. Stronglifts 5x5 is a really good source for educating yourself on weightlifting and also gives you and your teenager a clear framework where you can both agree what is allowed and what is not without the necessity of constant monitoring. Your teenager does not want you around when he/she trains and most likely wants to hang out with the lads in the gym. That is a better prospect than the local bus or train stop in my opinion.

Check the facilities and your first impression of it. Talk to the owner's and whether they accept teenagers or not (not all of them do). I would recommend a commercial gym membership over one in a dingy "powerlifting gym" even though I am subscribed to a more rough gym myself. Reason for that is, that it is less likely to find people who sell substances in a commercial gym than in a bodybuilding / powerlifting focused gym due to the goals their members have. Your teenager might not be able to say no to approaches.

All in all, if your teenager went through growth face and is a clear mini adult now I think more harm can be done by denying the request for weightlifting rather than supervising it, channel it in the right direction and give it one of the best frameworks there is with 5x5.

As a dad the challenge for me was not to take completely over and admitting that my son had no interest what so ever to go to the gym with me if there was the opportunity to go with his friends instead.

I tried to force a program on him with all the best intentions and miserably failed. There was no initiative to go by himself, I had to drive him there every time even though it was just a 5 minute walk away. A lot of energy and time was wasted. Also with the internet around be prepared that your teenager has more spare time than you and will search for information to challenge every single thing you will bring up in a discussion about training. So do some homework before the discussion.

I found that the best approach with the least hassle and most happiness for everyone was to inquire where the friends are going for their exercises and get a membership at that gym. Give your teenager a lift there from time to time and maybe become a member yourself, if you are not already. Just stay out of earshot of the "huddle" to not come across as intrusive and please please do not correct your teenagers form. Let the gym personnel handle that (maybe give them a hint though, if necessary). And if you are a teenager reading this, maybe accept that Dad has to work hard to pay the subscription and might know a thing or two about training too. Even if he is silly, embarrassing or bossy, he only does it to help you succeed (yes sometimes dad shows this in weird ways).

Stronglifts 5x5 is a great, if not one the best beginner programs for teenagers whose bodies are ready to put under extra stress after their growth phase. Mom's should not get overly concerned and educate themselves on the topic while Dads should take down their "know it all" attitude about training one nodge to make room to the teenagers concerns. At least that was the case for us.

The teenager should accept that a no is a no, question their real motivation for weightlifting and make their case based in facts and good merit rather than throwing a hissy fit by saying "it's not fair" or "everybody else does it". If you help Mom and Dad to understand what you are trying to achieve, why, how much it will cost and whether it is safe or not, it is way more likely that you will get what you want.